The best of 18th-century garden tools, plants and cultural technique 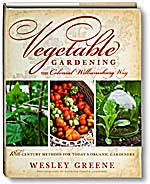 Learn More about the book »

A town of fine gardens

Williamsburg has long had a reputation for fine gardens, a tradition that survives to this day. An English visitor to Williamsburg in 1777, Nicholas Cresswell, recorded, "some of their gardens [are] laid out with the greatest taste of any I have seen in America . . . This is the finest town I have seen in Virginia. " The Governor's Palace and the College of William and Mary employed professional gardeners throughout the 18th century and Williamsburg shops offered a wide variety of seeds as well as the latest garden books imported from Europe for the benefit of Virginia gardeners. 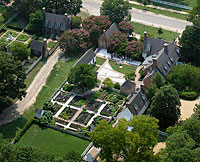 Gardening and botany were prerequisite elements of a gentleman’s education in 18th-century Virginia and many prominent Virginians were renowned for their horticultural knowledge. The first American garden book is, “A Treatise on Gardening,” written in Williamsburg by John Randolph, last Royal Attorney General for the colony of Virginia. John Clayton, clerk of courts for nearby Gloucester County, explored the Virginia frontier and compiled the herbarium specimens and documentation for Flora Virginica. Published in Holland, it was the most extensive record of North American plants of the century and heavily relied on by the famous Swedish botanist Carolus Linnaeus. 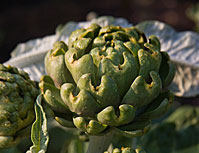 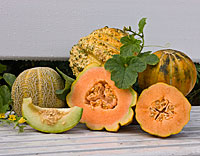 At the Colonial Garden on the Duke of Gloucester Street, American and English ornamentals are displayed in glorious harmony throughout the spring, summer and fall. Old-fashioned roses perfume the air and an orchard of antique fruit varieties ripen in the summer heat. Medicinal, culinary and fragrance plants, known and used by every good 18th-century housewife compete for space in the herb garden.

In an era when the diet was heavily weighted towards meats and grains, the kitchen garden provided luxuries rather than staples. It was only at a gentleman’s table where one would expect to find such delicacies as artichokes and cauliflowers. These plants and many more heirloom varieties are displayed and tended with 18th-century devices and techniques, many of which can be used by the modern gardener to enhance their own kitchen garden. 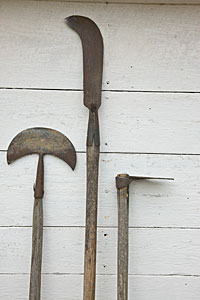 A collaboration of craftsmen

Gardeners at the Colonial Garden display and demonstrate a wide variety of tools made by Williamsburg craftsmen, including: rakes, hoes, spades and many other metal tools fashioned by the Blacksmith; wheelbarrows from the Wheelwright; and buckets from the Cooper. The walks and paths are lined with bricks from the Brickmaker and the melon frames are covered with paper from the Printer. Much of the produce finds its way to Historic Area kitchens where it is incorporated into period recipes fit for a royal Governor’s table. 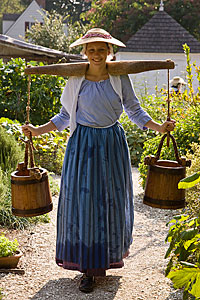 The Colonial Garden is one of many kid-friendly sites in the Historic Area where visitor’s children can lend a hand and experience the joy of gardening and the lore of many unusual and fascinating plants.