The Historic Area of Colonial Williamsburg stretches over 301 acres, and includes 88 original 18th-century structures. Hundreds of houses, shops and public outbuildings are reconstructed on their original foundations. Some buildings are open to the public, while others are private residences and administrative offices. Learn more about the restoration of Colonial Williamsburg.

Practicing tradesmen make Colonial Williamsburg's Historic Area a living town, ringing with clanging hammers and tinged with the smoke of industry. Visit the blacksmith, see what the milliner is working on, smell what's cooking in the kitchens, and more. Eighteen trades are practiced with 18th-century methods and tools.

Plants and blooms authentic to Virginia in the 18th century unfurl with the seasons in Historic Area gardens. Take a walking tour of gardens both decorative and functional, or stroll at your own pace to see what's blooming. 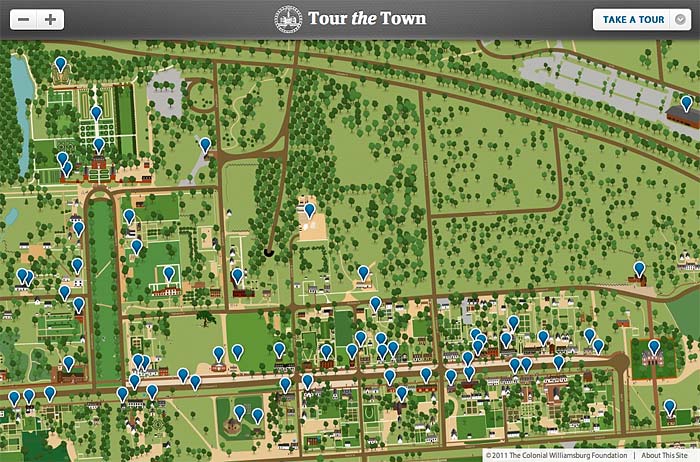